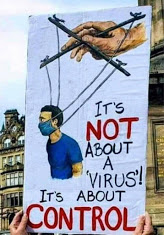 "The Iranian nation is smarter and wiser than falling into the trap of Zionists. They are thinking of creating a crisis"

Happy Small Business Saturday folks! In what has been potentially the biggest shit show of a year since indoor plumbing was invented hopefully everyone is enjoying a nice long weekend of stuffing their faces with leftovers and ignoring Auntie Jean’s Q-Anon fueled Facebook live rants. Go ahead and kick your feet up. You’ve earned it.

But, while America relaxes THE NEWS RESTS FOR NO MAN (or woman) and we here at NextGen are here to tell you what you need to know in a jiffy so you can get back to binge watching Schitt’s Creek and downing buckets of gravy. Because that’s what we DO here in the land of the free and home of the brave.

It looks like Israel decided to fucking murk the guy who led Iran’s nuclear program in the early 2000s. Israeli officials went with the ol’ no comment when Iran pointed the finger at Jerusalem, but they are chief suspects as the scientist, Mohsen Fahkrizadeh (what did rizadeh do?? anyone? Buehler? … I’ll see myself out) has reportedly been on the Mossad kill list for years.

It’s a bit random as far as unsanctioned extra-judicial killings go. Unlike top Iranian general Qasem Soleimani, who was killed in an American drone strike in January, Fahkrizadeh had not been an active member of the military for years. Furthermore, most major mainstream media outlets purport Iran’s nuclear program, which Fahkrizadeh headed, has been disbanded for over a decade.

This has led to media speculation that whoever killed him did so to provoke Iran into military action, which would in turn justify strikes against the Islamist Republic, something Israel longs for.

On the other hand, Mossad, Israel’s elite intelligence outfit, may have collected intel that Iran’s nuclear program is indeed alive and well and decided on a pre-emptive strike to curb the further development of weapons of mass destruction.

Either way, the scientist’s death and Iran’s subsequent fury has implications on geopolitics and America’s relationship with the gulf state. The incoming Biden administration plans to re-implement the Obama era Iran Nuclear Deal, which allowed Iran to operate a diminished nuclear program in exchange for sanction relief. But that plan is now up in the air because Iran is fucking PISSED.

Moving on to Europe, where two of it’s most prominent nations are struggling to contain major protests.

In London more than 60 anti-lockdown protesters were arrested Saturday. This lucky fellow was not one of them.

And the other demonstrations took place in none other than France.

That’s right, the French once again took up their favorite past time of protesting on Saturday, but this time they had a pretty good reason.

Parisians gathered en masse (40,000 plus) to protest a new bill that would allow the country to prosecute people who try to film police officers. The proposal comes only a week after video surfaced of French police brutally beating a black music producer.

The protests have been described by French media as mostly peaceful, though police have arrested at least 40 and were seen deploying tear gas (because we all know… the best way to stamp out your citizen’s fears of police brutality is with some good old police brutality!)

We’re gonna wrap up today with an insane situation in Sub-Saharan Africa, famous for it’s historical geopolitical stability and peaceful transfers of power.

In Ethiopia, the state’s military has recaptured the capital region Tigray from rebel forces.

The military, which has been embattled in civil war between state forces and rebels, recaptured the region from rebel group/political party Tigray People’s Liberation Front (TPLF)

The TPLF had a strong hold on the country until Ali’s government rose to power in 2018 and he began to purge their leaders from the government. This led to the party hunkering down in Tigray, seizing full control of the region. Now it would seem Ali’s Ethiopia has wrestled that control back from the group, who ran Tigray as an autonomous zone.

So, how did he do it? He went with the timeless strategy of “bomb the shit out of them.” A real classic, imho.

Though Ali assured the public that civilian casualties were minimal, peacekeeping organizations in the region reported heavy artillery blasts in populated areas of the city.

The three week conflict has led the U.N to call the situation a humanitarian crisis. Both sides are accused of slaughtering civilians by the hundreds and the U.N estimated food and water shortages put over 6 million in the area at risk.

It’s a bold move to bombard your own citizens with artillery, spark a refugee crisis, scramble all communications and refuse to let aid workers assist in any way.

But if it doesn’t work out and his citizens end up starving and Africa’s fastest growing economy in 2018 devolves into a failed state… well, at least Ali still has his Nobel Peace Prize :).

That’s today’s news ya filthy bastards. Check back tomorrow for another round of what the fuck is going on.

4 thoughts on “what the fuck is going on – weekend roundup”