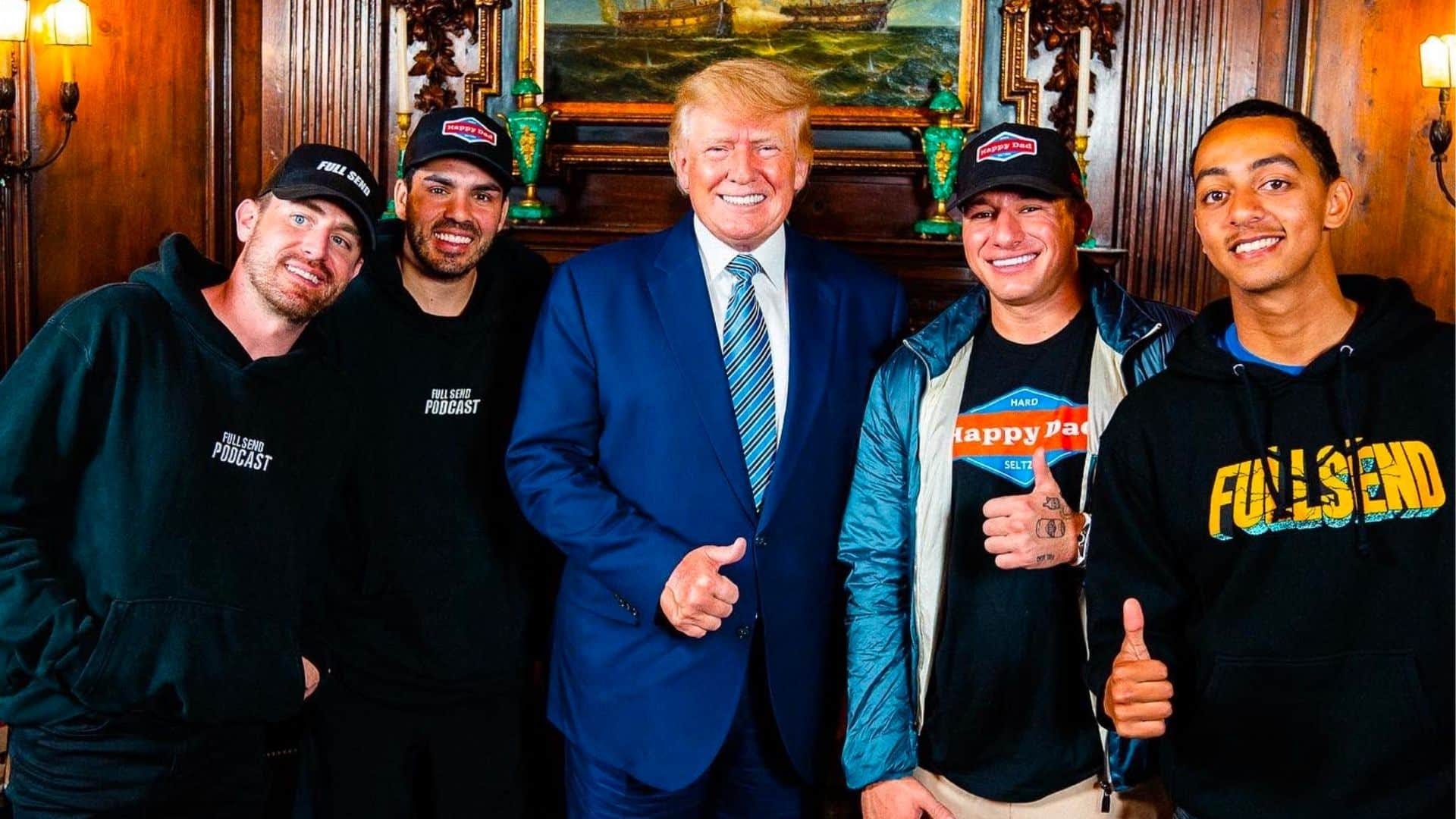 With this move, YouTube and Google have proven no less vigilant in dispelling dissent and opposing views than they were two years ago.

When I first saw the video pop up in my feed my jaw dropped. Since being banned from every single major media platform for his disputed claims of 2020 election fraud, Donald Trump’s media appearances have been few and far between. Besides the rare drop-in to Newsmax or Fox News, he has chosen to mainly communicate with the public through press releases and in person at his ever-popular rallies.

So when I saw that, for his first longform sit-down interview since he lost the presidency, he chose fucking NELK, it truly confirmed my long-held suspicions that we live in a simulated reality.

For those who don’t know, the Full Send Podcast is a massively popular (1.28 subscribers on YouTube) podcast orchestrated by the Nelk Boys, an even more popular (over 7.25 million subs) collective of internet pranksters including stevewilldoit, Kyle Foregard and Salim the Dream who all joined Trump at Mar-A-Lago for a roughly 50 minute on camera interview.

The surreal interview, which amassed over 5 million views on YouTube alone in 24 hours, was promptly removed by YouTube.

YouTube informed the creators the video violated their misinformation policy by advancing claims that fraud affected the 2020 election.

The near hour long interview covered a few topics, including Russia-Ukraine and Trump’s Twitter ban. Election fraud wasn’t a particular focus of the conversation, though Trump did touch on it at one point, saying “you should be scared because we have incompetent people, who frankly got there through a fraudulent election.”

And boom goes the dynamite. That one sentence is likely the one that got the video scrubbed, thus depriving the creators of tons of money in ad revenue, and continuing big tech’s trend of silencing dissenting views.

Trump, interestingly enough, predicted this exact chain of events during the interview MANY times.

Trump: “Let’s see what happens when you guys get hit violently by the crooked media, by the radical left crazy press that’s destroying our country. You know, the press should be the policeman for the country with corruption, the don’t report corruption. They don’t talk about the (Hunter Biden) laptop. It’s off bounds, you can’t talk about it.”

Nick: “We’re not scared of getting hit though”

Trump: “Let’s see what happens when they take it down. It’s a test.”

Nick: “I don’t think YouTube would take it down, there’s no way.”

Trump: “When you get threatened with your careers, and maybe even worse, remember this: we have more people out there than they do. Let’s see what happens when they say, we’re not gonna let you put that interview up, he talked about election fraud.”

In that bolded line lies the true reason Trump chose the dudes who moan in your ear in the freezer section to re-emerge to the public.

Trump repeatedly noted that big tech would try and come for the hosts, almost challenging them to upload the full video, saying things like “I hope you don’t disappoint me.” He repeatedly said “this is big, this is big time” in reference to him choosing them for the interview. And then the line, “it’s a test.” That’s why Trump chose this affable unit of part-time buffoons to make a splash. They’re not a news organization. They’re not technically held to the same standards of informational accuracy. Trump was trying to see what he could get away with. He outright predicted he would be censored specifically because of mentioning election fraud. But he did it anyway because he wanted to see if he could use Nelk as a de-platform loophole, not unlike Alex Jones has done with Joe Rogan and Andrew Schulz.

But with this move, YouTube and Google have proven no less vigilant in dispelling dissent and opposing views than they were two years ago. It will be interesting to see if Spotify and Apple, where the full audio version of the interview can still be found (as of 0600 3/11/22), will follow suit. When it comes to censorship, big tech tends to stick together.

I’ve included a bootleg re-upload of the interview on YouTube, though it will likely be taken down within hours so get it while it’s hot!