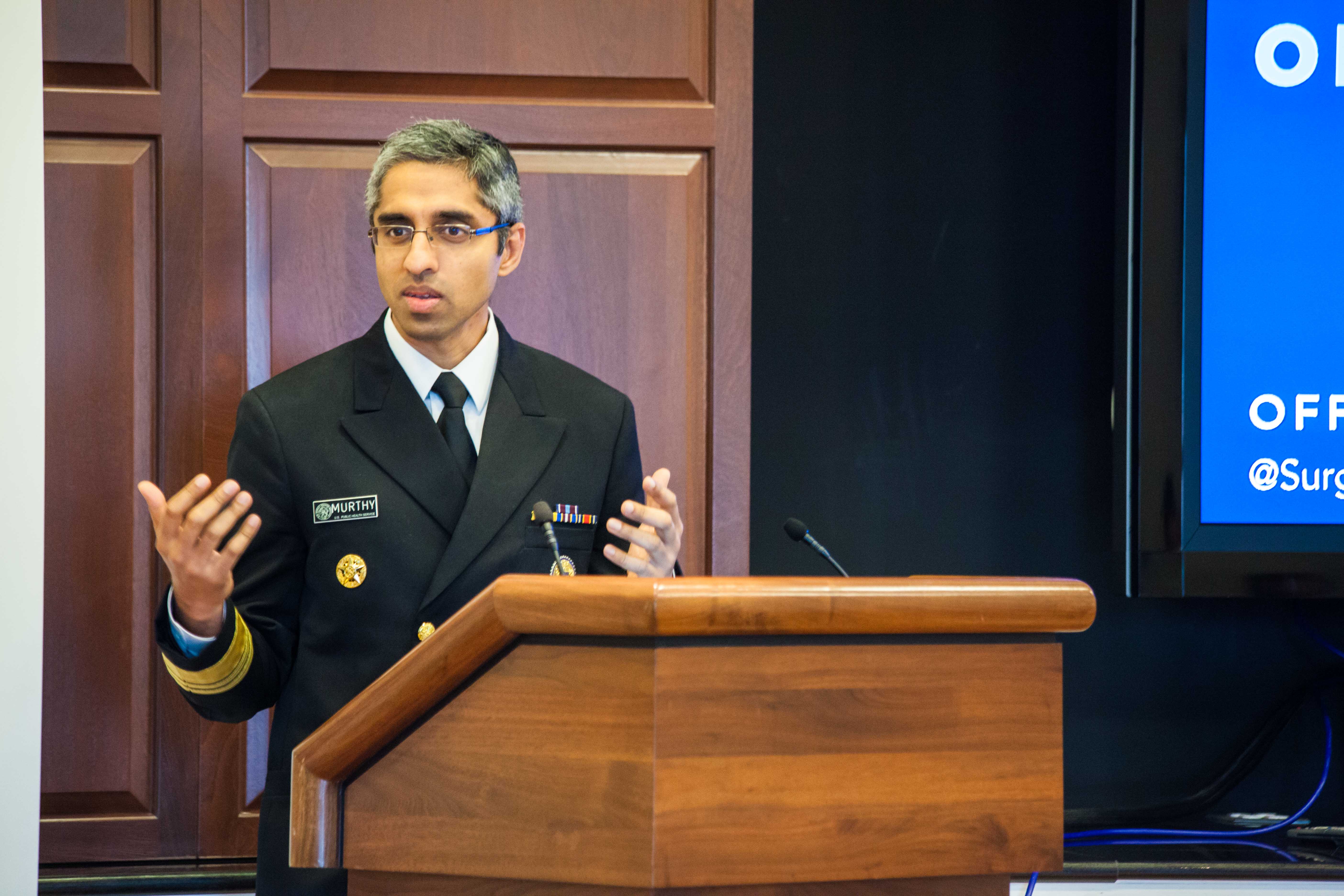 Less than six weeks ago U.S. Surgeon General Vivek Murthy called for Big Tech companies like Facebook and Spotify to censor Covid-19 “misinformation” on their platforms.

“To me Mika, the biggest barriers we have right now… are the politicization of the pandemic, unfortunately, but also the misinformation that we’ve seen really spread like wildfire” Murthy said while speaking to MSNBC’s Mika Brzezinski in January.

When asked specifically about the controversial doctors Peter McCullough and Robert Malone appearing on Joe Rogan’s podcast, Murthy had this to say:

“When it comes to how we root out the misinformation in society right now, and give people access to accurate information, we’ve got to do several things. Number one, we’ve got to recognize that our technology platforms, whether particularly social media, these have an important role to play. These are the predominant places where we’re seeing misinformation spread… These platforms have still not stepped up to do the right thing and do enough, I should say, to reduce the spread of misinformation.”

This continued his trend of criticizing technology platforms such as Twitter, Facebook, and Spotify, as he did in July, after starting an advisory on “confronting health misinformation.”

But Murthy seemed to be dancing to the beat of a slightly different drum speaking to Fox News’ Trace Gallagher on Sunday.

Gallagher noted the science hasn’t been precise, saying “two years ago when you said follow the science… everybody wanted to follow the science. And now we’re being told, well, it wasn’t exact, but yet if there were dissenting views on the science, you were called out. You are called names from a lot of media outlets.”

Murthy explained science changes, and that new data should influence our response to any and all illnesses, he then, in a surprising concession, admitted the rhetoric and easy dismissal of those with dissenting views is maybe not so prudent.

Could the new, more conciliatory tone from Biden’s Surgeon General signal a shift in his administration’s Covid-19 messaging? I wouldn’t count on it.

While the Biden administration seeks out an additional $22.5 billion for vaccines and testing, they continue to carry out Covid policies completely unsupported by science.

The Biden administration extended mask mandates on flights through April 18 despite the majority of airlines urging the President to drop the measure.

Another example of inconsistency was brought to light by Erika Donalds, wife of Republican Florida Congressman Byron Donalds.

Donalds alleges that due to her unvaccinated status, she wasn’t allowed to eat or even drink water at a White House Event, which required her to stay fully masked the entire time. Vaccinated guests were unrestricted.

As for Murthy’s olive branch, I would attribute it to his outlier status in the Biden administration as someone who is willing to (ever-so-slightly) acknowledge concerns surrounding the nation’s response to Covid as opposed to the dangers of the virus itself.

Murthy has long been an advocate of mental health outreach and has notably been vocal about the damaging effects loneliness and depression, both exacerbated stay at home orders and business closures, have on a human’s health.

What the fuck is going on? Bibi plz don’t go, say it ain’t Suu (Kyi)