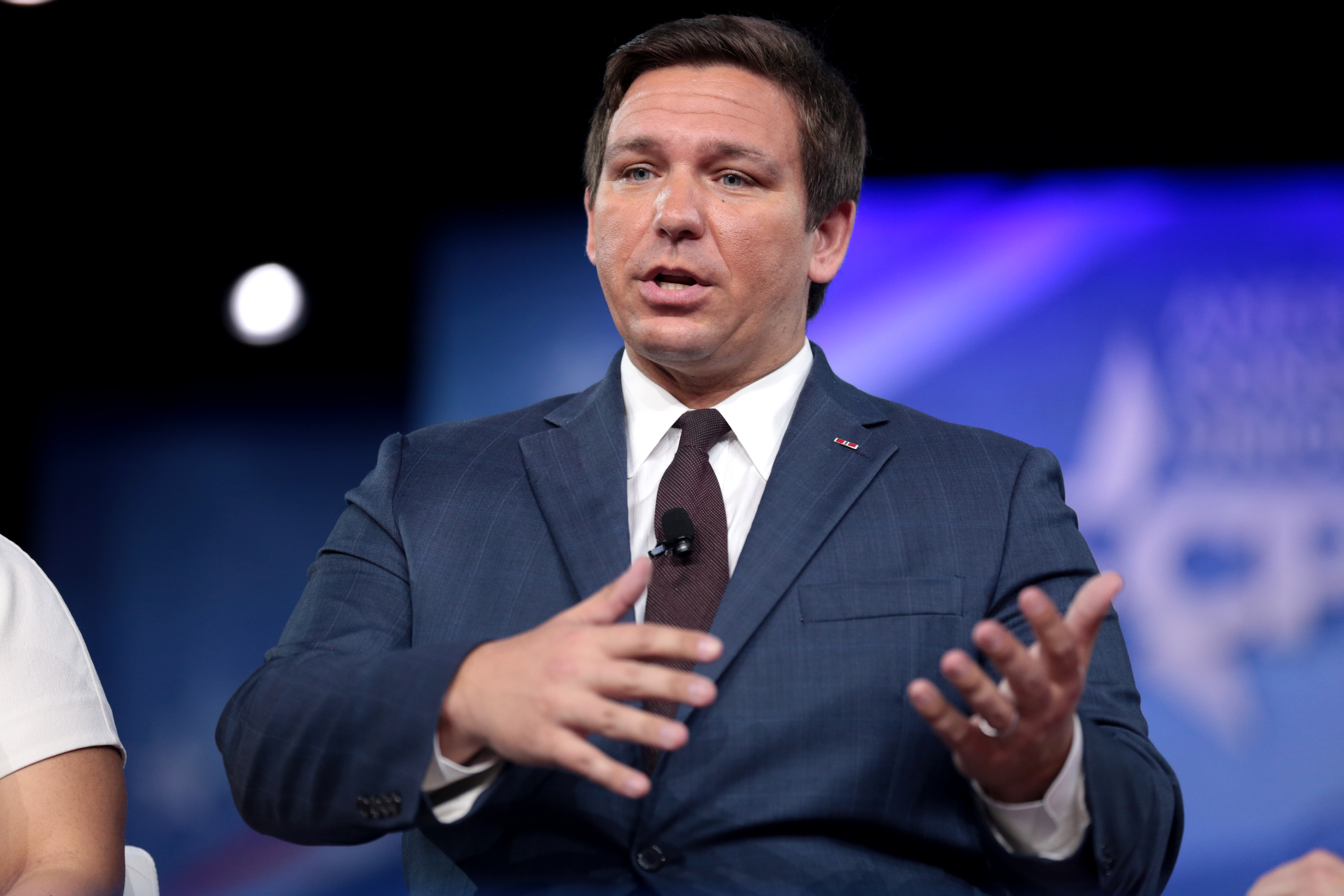 As I sit here at 1 in the morning semi-editing the midterm special of the What The Fuck Is Going On Podcast while really just compulsively refreshing Twitter for election updates, I can’t help but notice a distinct vibe-shift from Republican Tweepers.

Coming into Tuesday’s key national election, it seemed a forgone conclusion that Trump would run unopposed for the Republican Presidential ticket in 2024. Here he is telling a Pennsylvania crowd Monday night that he thinks they’re going to be happy.

Yes, there have been musings about Florida Governor Ron DeSantis, a massively popular figure in his party, running for the Republican nomination. Speculation he could be a viable option to Trump in ’24 made the rounds on cable news and on Twitter.

But ask any Republican off the record, even the true conservatives who aren’t full blown MAGA, if they were a betting man or woman who would they predict? They’d all say Trump, with very little hesitation.

And why wouldn’t they? Donald Trump is a wrecking ball. In 2016 he single-handedly smashed primary candidate after primary candidate with his own unique brand of debate style – a refusal to acknowledge basic facts and a reliance on outright bullying and name calling . He demolished the heir to a political dynasty that stretched back to Ronald Reagan.

So of course Ron DeSantis, a former Navy Seal and graduate of Harvard Law, would be foolish to hurl the body of his political career onto the tracks in front of a runaway Trump Train. No, the conventional wisdom is that he would bide his time, respectfully wait in the wings. Hell, maybe we’ll even throw you onto the ticket as VP if you play your cards right Ronnnay. That’s certainly what I thought he’d do.

But now I’m not so sure.

Writing this at 1:30 am Wednesday morning, the red wave once promised appears to be little more than a mild-pressured stream from a garden hose on a mid-summer afternoon. Which, don’t get me wrong, can be refreshing (change is nice, right?) but it’s hardly the swell from Big Sur we were expecting.

In Arizona, vocal MAGA candidate for governor Kari Lake is down 12 points to Democratic challenger Katie Hobbes with 54% of the votes in at time of writing, according to RealClearPolitics.com

*UPDATE* With 68% of the votes counted as of 8:30 am Wednesday morning, Kari Lake has pulled within a razor thin margin and Hobbs now leads her 50.9 to 49.1, according to RealClearPolitics.

Lake, a former KSAZ-TV news anchor who voted for Obama in 2008 was heavily supported by President Trump and echoes many of his policy positions on policing, election integrity and the border.

She, along with Trump backed Senate candidate Blake Masters, appear to be going down with the ship.

The Republicans that DID win, did so largely without the help (and/or hinderance) of Donald J. Trump:

DeSantis and Marco Rubio crushed. Particularly in Miami-Dade county which has historically been staunchly liberal territory. Hordes of political refugees fleeing blue states for a right-wing Shangri-La may be turning Florida from perpetually purple to decisively red.

Texas governor Greg Abbot is a prominent Republican figure independent of Trump and his MAGA cohort… not the only thing he has in common with Florida’s governor – much like DeSantis, Abbot has been floated as a potential 2024 challenger to Trump. He won re-election over Beto O’Rourke handily.

Trumps last hope may be the guy that only he believed in – Herschel Walker. Aside from MAGA darling JD Vance, a political outsider and self-described hillbilly who handily defeated Tim Ryan for Ohio’s Senate seat, Walker is the only Trump-guy left.

And even if Walker doesn’t lose tonight, he will likely have to defeat incumbent Raphael Warnock in an upcoming runoff election, as it seems unlikely either candidate will reach the 50% vote threshold required in Georgia to win a general election.

Nevada’s Senate race, a battle many had written off as a likely Republican win (not us btw) now appears will go to incumbent Democrat Catherine Cortes Mastro. If Nevada and Arizona returns continue their current trends, Walker will need to pickup Georgia just to maintain the Senate’s current 50-50 tie.

*Republican Laxalt has now pulled ahead in the Nevada Senate race as of 8:30am*

So, I ask you good people, was this midterm election truly a referendum on Donald Trump? Are MAGA Republicans getting buyers remorse?

This may be the best window yet for truly principled conservatives to take their party back from the Q-Anon wing.

DeSantis is by all observable factors, a smart fella. Given the pre-11/8/2022 landscape I don’t think he risks writing off the entire Trump base (anywhere between 15-35% of voting Republicans) and ruining his political career just to run in ‘24 when he would be a shoe-in for the nomination 4 years later anyway. But if the landscape changes… if we wake up tomorrow with a barely red House and a potentially 51% blue Senate… could DeSantis even resist?

The question must be on Trump’s mind already. He’s spent weeks brainstorming nicknames to call the Florida Governor in case of emergency. Rumor has it his latest test-slogan/insult “DeSanctimonius” was a brainchild of Roger Stone.

His attacks on DeSantis, alluding to the governor’s potential infidelity to The Wall Street Journal, betray Trump’s demeanor. After years of observing him I think we all know when he feels backed into a corner he lashes out. And after tonight… he’s in quite the corner.

Whether or not DeSantis ultimately decides to run, I predict Trump will continue to drag him mercilessly between now and Trump’s expected campaign announcement on November 15th. If Ron DOES decide to run, he might even try to beat Trump to the punch. Keep your eyes peeled and your ear to the grindstone. Things are about to get EEEEEEENteresting.